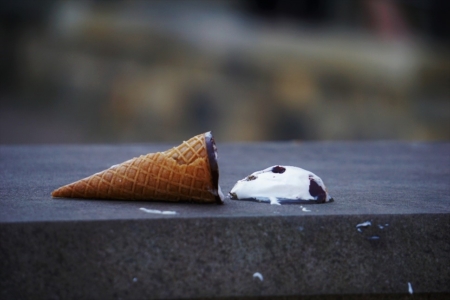 Are you a worker injured in a motor vehicle collision?

You may have a choice on how to obtain compensation for your injuries.

If you are a worker injured as a result of someone else’s negligence, and the negligent party is not  an employer or another worker acting in the course of their employment (i.e. protected by the Workers Compensation Act), then you can claim compensation from WorkSafeBC (as a worker) or start a law suit against the negligent person. This is called an “election” and this page discusses how you can use this process for your benefit.

If the potential defendant is a worker or employer acting in the course of employment, then you do not have a choice. The Worker’s Compensation Act legally requires you to seek worker’s compensation through WorkSafeBC.

If you are a worker injured in the course of your employment, then you are required to file a claim with WorkSafeBC within 1 year of the date of the accident to receive workers compensation benefits, such as wage replacement benefits and health care benefits.

Upon filing your claim for compensation, WorkSafeBC will investigate and determine if the other person(s) responsible for your injuries are workers and employers. If they are not an employer or a worker then WorkSafeBC will ask you to make an “election” as to whether you wish to file a civil claim for negligence against the offending partyor continue to receive workers compensation benefits.

With the changes to the potential benefits available from ICBC, it is even more important to carefully consider your options when making this election.

What happens to the negligence claim if you elect WorkSafeBC benefits

First, it is important to remember that by electing the worker’s compensation process, you are not choosing between a right to WorkSafeBC benefits or to compensation for damages in tort.

If you elect to seek worker’s compensation through WorkSafeBC, then your claim will proceed under that system, complete with all of the potential pitfalls and limitations of this system (click here for description of the WorkSafeBC benefits regime).

In choosing to continue to receive WorkSafeBC benefits, you still have the ability to seek compensation from the negligent-driver. However, your claim will be “subrogated” to WorkSafeBC, meaning WorkSafeBC can commence a civil claim for negligence on your behalf and has the right to determine if a civil claim can proceed.

If WorkSafeBC chooses to pursue a civil claim for negligent, the legal department at WorkSafeBC would handle all aspects of the claim your claim as if they were a private lawyer. They would seek compensation for your pain and suffering, loss of earning capacity, cost of future care, loss of housekeeping capacity, and costs.

Acting in this capacity, WorkSafeBC’s goal is repayment of benefits paid by WorkSafeBC to you. However, WorkSafeBC has an obligation to act in good faith and take the worker’s interests into account. As a result, settlements in excess of the benefits paid by WorkSafeBC can result in payments to workers, after considering fees for pursuing the claim. Unlike a private lawyer, if a worker refuses to cooperate with WorkSafeBC’s legal department, WorkSafeBC can still settle the claim based on the available evidence. So, a worker has less of a say in the resolution of their claim. 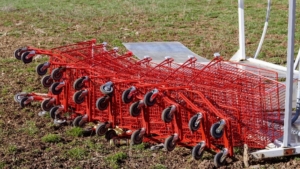 The only method of ensuring that the worker’s chosen lawyer handles the tort claim is to make a “re-election”. Although there is no legislation on the issue, WorkSafeBC has allowed workers to “re-elect” and choose a tort action over a workers compensation claim. Before WorkSafeBC will allow a worker to “re-elect”, the worker must repay to WorkSafeBC all the compensation and healthcare benefits received plus a 25% administration fee, unless there is some other agreement in place. If the worker has undergone extensive medical treatment and hospitalization then the medical costs may be considerable.

However, there are potential disadvantages to proceeding by way of a tort claim.

Most importantly, if you “elect” a negligence claim over WorkSafeBC benefits then you are not entitled to any Part 7 benefits from ICBC and will have to rely upon your own private disability benefits and/or extended health benefits until a settlement or judgment is made. As personal injury claims can take several years to complete not having access to disability and wage benefits is an important consideration.

Further, the changes to ICBC claims arising after April 1, 2019, mean that many ICBC claims will have the claims for pain and suffering capped at a maximum of $5,500.

In summary, some of the factors to consider when deciding whether to elect to proceed by way of worker’s compensation or through a tort claim include:

How Do I Know If I Have An Insurable Interest?