Every substantive decision made in the workers compensation system is subject to review. Eligibility decisions, health care decisions, wage loss decisions, and permanent disability awards are all decisions that can be reviewed or appealed. However, you must follow the legal and policy guidelines to determine when issues are subject to review.

Nearly all of WorkSafeBC’s decisions can be reviewed by an internal review body called the Review Division. With any decision you have 90 days from the date on the decision letter to initiate a review by filing a request for review. A failure to initiate a review means the decision is binding on the rest of your claim file. Extensions of time are available for requests for review but these extensions are discretionary and less than 50% of the requests for extensions of time are granted according to WorkSafeBC. Accordingly, it is very important to get requests for review initiated before the expiry of any deadlines.

There is only one exception to this rule that a request for review of any health and safety enforcement decisions must be submitted within 45 days after the date on the decision letter.

Prohibited action complaints are not subject to review but are appealable directly to the Workers Compensation Appeal Tribunal. 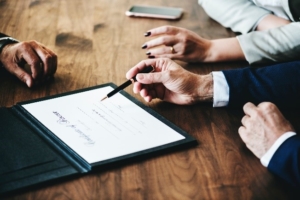 A review most often takes place as a “read-and-review” hearing. This means that the person requesting the review will be given a copy of WorkSafeBC’s claim disclosure and have the opportunity to add new evidence and provide written submissions to the Review Division challenging WorkSafeBC’s decision. Once that is complete, any other parties participating will be given the opportunity to provide responsive submissions. The last set of submissions is provided by the person requesting a review. That person is given an opportunity to reply to the submissions from the other participant. Once that is complete, the file is given to a Review Officer in the Review Division to decide whether to confirm, vary, or cancel the WorkSafeBC decision.

Once the people participating in the review have finished their submissions Review Officers have wide discretion in how they conduct the review. They can request additional documentation, medical opinions, or order an oral hearing. Those participants must comply with and are usually given directions on how to proceed. The full extent of the Review Division’s procedures is found in the practices and procedures manual.

In most cases if you disagree with the Review Division’s decision, you can appeal to the Workers’ Compensation Appeal Tribunal which is an external appeal tribunal. A notice of appeal must be submitted to “WCAT” within 30 days after a Review Division decision is made (i.e. the date on the letter). If you are late, then you will need to file a request for an extension of time. A significant proportion of extension of time requests are denied so it is imperative that you do not miss the filing deadline.

WCAT has jurisdiction to hear appeals on most Review Division decisions, except for the following: 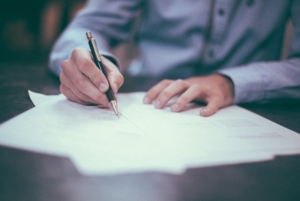 WCAT’s procedure is similar to the Review Division and is governed by the Manual of Rules of Practice and Procedure. WCAT is focused on evaluating the grounds of appeal from the Review Division decision. Therefore, an appeal to this administrative tribunal focuses on a single decision rather than a trial on the entire WorkSafeBC claim. It is often the case that workers are introducing new medical evidence and reports at WCAT hearings to further bolster the evidence in support of their claims. WCAT has wide-ranging jurisdiction to inquire into the facts, gather more evidence, and arrive at a new decision. In particular, WCAT gives much more leniency on the availability of oral hearings which allows the participants to give evidence directly to the Vice Chair who is appointed to decide the appeal. It is particularly useful to have witnesses testify at a WCAT oral hearing to establish a worker’s claim.

Once all of the evidence is received, the Vice Chair must decide whether to confirm, vary, or cancel the WorkSafeBC decisions on the appeal. Subject only to a few narrow exceptions, the WCAT decision is final. This means that anyone bringing an appeal to WCAT must put forward their best case on that particular issue as they must usually live with the result.

The exceptions to the finality of WCAT’s decision-making authority are:

There is no time limit to request minor corrections or reconsiderations.

A judicial review must be started within 60 days of WCAT’s decision by filing a petition and supporting affidavit with the Supreme Court of British Columbia.

The Workers Compensation Act provides that decisions of WorkSafeBC and WCAT are final and conclusive under the legislation and there is no further level of appeal or review. However, under the Canadian constitution, there is a residual authority for a provincial superior court to conduct a judicial review of any administrative tribunal’s decisions and this includes WorkSafeBC and WCAT. In British Columbia, this would be the Supreme Court of British Columbia.

A judicial review of a WorkSafeBC or WCAT decision is subject to the Administrative Tribunals Act and the Judicial Review Procedure Act. These statues set out the procedure and standards of the review by the courts.

The Administrative Tribunals Act sets out that a judicial review must be started within 60 days of the decision that is issued. That means any judicial review should have the petition filed with the BC Supreme Court by that time frame. Otherwise, a petitioner will need to seek an extension of time in addition to a judicial review. 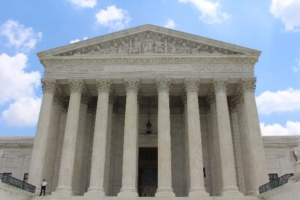 The Administrative Tribunals Act also sets the standards of review by the BC Supreme Court. In most cases, the court will review a decision of WorkSafeBC or WCAT on the standard of “patent unreasonableness” which means a decision that is “openly, clearly, evidently unreasonable”. It is not enough for a decision to simply be wrong. A decision that the court thinks may be wrong but is otherwise reasonable will not be overturned. Instead, the court must be convinced that the decision is completely outside the range of reasonable options available on the evidence. In rare cases, decisions may also be challenged because the procedure used to arrive at that decision was unfair.

Examples of successful judicial reviews include:

A judicial review involves filing a petition with the BC Supreme Court alleging that either WorkSafeBC or WCAT have made a poor decision or have acted in a procedurally unfair manner.

The process involves a three-stages. First, the petitioner must prepare its petition and supporting affidavits to initiate the judicial review. Second, the Tribunal will prepare the record for filing with the court and the petitioner must review the record and determine if any amendments are needed. Third, the parties to the judicial review will attend and argue the merits of the case before a Justice of the Supreme Court of British Columbia.

Often on judicial review there is no other party except for the petitioner. If both the employer and the worker are participating in the judicial review, then WorkSafeBC and WCAT will not participate extensively in the hearing. They will attend and advise the court about the standard of care but other not participate. However, it is often the case that WorkSafeBC or WCAT must assume the adversarial role and defend its decision because there is no other party taking on the adversarial role. Many judicial reviews involve a petitioner challenging legal counsel from the administrative tribunal and this can be a daunting process.

The cost of these matters varies depending on the time and issues at stake. In order to properly estimate the cost, you should seek a consultation with our firm.