Workers who are injured and whose injuries have arisen out of and during the course of their employment are entitled to benefits from the no-fault system operated by WorkSafeBC. Eligibility for benefits from WorkSafeBC is determined by: (a) whether they are a worker as defined under the legislation and (b) whether their medical condition falls within one of s. 5 (personal injuries), s. 5.1 (mental disorders not otherwise accompanied by personal injuries such as bullying and harassment), s. 6 (occupational diseases), s. 7 (hearing loss), or s. 17 (death of a worker). Despite the relative straightforward eligibility in workers compensation there are several common issues that confuse individuals engaging with WorkSafeBC. 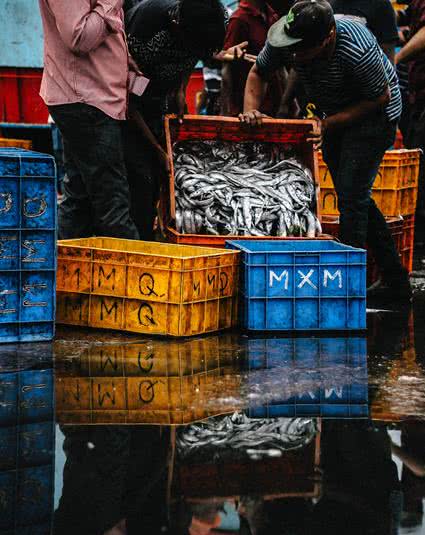 “Worker” is defined under the legislation as including a person who has an employment contract (whether written or oral), an apprentice or learner, a member of a fire brigade or ambulance driver, and many other individuals. The purpose of the legislation is to provide benefits to the largest class of workers for their injuries, so any exceptions to coverage is strictly monitored. As a result, the vast majority of people working in British Columbia are covered under the legislation. The premiums are paid by their employers.

One important feature of the definition of workers is that it applies to both those who are injured and those who are negligent causing injury. Section 10 of the Workers Compensation Act, RSBC 1996, c. 492 prevents any injured worker from suing another worker or an employer (both as defined by the legislation) for injuries sustained on the job. Further, this legislation says that injuries sustained during treatment by doctors, physiotherapists, and other healthcare practitioners treating workplace injuries are also immune from any law suits. While the vast majority of injuries to workers on account of an employer’s or another worker’s negligence (including healthcare practitioners) are immune, there are exceptions. A worker can sue for injuries sustained on the job in certain limited situations.

One major exception to the application of the no-fault insurance scheme is when injuries are caused to “workers” by “non-workers”.  If a worker is injured in a car accident for example with someone who is not a worker, then a claim for negligence can be made against that person while also receiving benefits under WorkSafeBC. Another major exception is whether a self-employed contractor who chose to not pay for insurance from WorkSafeBC and is injured on the job (for example by slipping on ice outside a store) or by healthcare practitioners during treatment.

When a worker is injured by a non-worker, the worker has an option to pursue injuries through a claim of negligence. This situation is referred to as an election, in which the worker has chosen to forego the workers compensation system for an alternative stream of benefits through motor vehicle insurance. There are several different factors to consider in making this decision: liability, extent of injury, and the immediate need of benefits. An election must be made within 3 months of the motor vehicle collision, so it is advisable to speak to legal counsel about this issue prior to making any decisions. 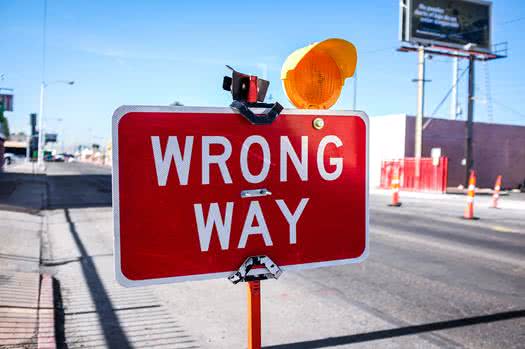 In cases where the parties to a law suit disagree over whether injuries are barred under s. 10, an application to the Workers Compensation Appeal Tribunal (“WCAT”) is available for either party for a decision on whether the injured person can sue the negligent person in court. WCAT will consider similar factors as WorkSafeBC review for an election. While many cases are obvious (e.g. a worker-worker motor vehicle collision), there are exceptions requiring a full consideration of the circumstances. 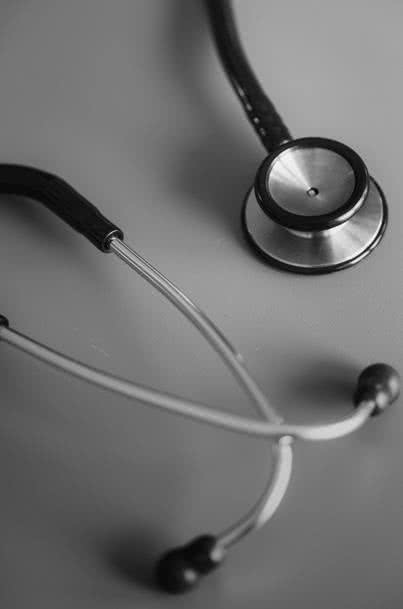 Some injured workers are denied coverage because WorkSafeBC concludes that their injuries did not arise out of and in the course of their employment. These cases are usually fact dependent and can range from whether the activity was sufficiently connected to a work-activity, whether the injury arose from the work-activity or another source, or whether some of the injuries are compensable but others are not.

In some cases, WorkSafeBC may apply too strict a standard in assessing the degree of connection between a worker’s injury and the work-activity. The work activity only needs to be a factor in the development of the condition or the worsening of a pre-existing condition. There are many instances where WorkSafeBC has failed to gather adequate medical evidence to properly assess the development of the medical condition and we fill in the gaps in this evidence gathering.

Another common situation involves WorkSafeBC accepting some conditions but failing to make a decision to accept a claim for the full extent of injuries sustained by the worker. A person trips or falls at work and their claim is accepted for a whiplash neck injury but never considered for chronic pain or depression and that arises later on. A person is assaulted at work and has a claim accepted for cuts to the face but is never considered for post-traumatic stress disorder. In many cases, WorkSafeBC will neglect to treat or consider injuries or conditions that become arise as time progresses, preferring to focus only on the most obvious injuries at the time of compensation decided. However, all of these conditions can be compensable under the system either as injuries arising out of and in the course of employment or compensable consequences that have developed as a result of the primary injuries.

Coverage for Mental or Psychological Injuries: Section 5 and 5.1

The legislation provides for two different mechanisms for the acceptance of psychological injuries by WorkSafeBC. If those injuries arose along with other physical injuries, then they are determined under the regular test for compensation for personal injuries. It is only with psychological injuries that arise without any physical injuries that WorkSafeBC has some additional requirements, namely the requirement that the injury arose from either a traumatic event or bullying and harassment. The worker must also have their condition defined by either a psychologist or psychiatrist as a definable condition under the American Psychiatric Association’s Diagnostic and Statistical Manual of Mental Disorders. Each of these cases depends on the facts of the situation. Having proper legal guidance to help gather evidence and establish the claim is important to ensure the acceptance of the claim and continuing compensation. 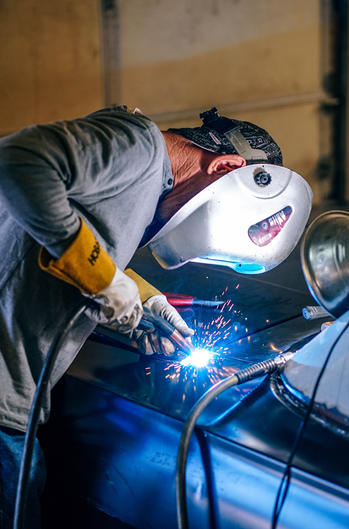 Whereas claims for personal injuries and mental disorders focus on injuries arising out of specific events, occupational diseases are conditions that arise from common job duties. Good examples are: carpel tunnel syndrome, shoulder conditions, and asbestos lung conditions. In order the evaluate eligibility, WorkSafeBC looks at the level of exposure to the work-activity that gives rise to the condition. Again, the particular work-activity need only be a factor for a worker to be eligible. This means that pre-existing or latent conditions aggravated by work-activities are compensable in many cases. Acceptance of an occupational disease results in the same type of benefits as acceptance of a personal injury or a mental disorder.

Hearing loss is an off-set of the occupational disease category where workers suffer from loss of hearing from their employment and are entitled to benefits under section 7 of the Workers Compensation Act, RSBC 1996, c. 492. These claims are often accepted based on whether the worker was exposed to noise in their employment and their hearing loss was greater than the minimum loss set out by WorkSafeBC. If you have been working in a job site that does regular hearing testing, then it is important to keep the cards or records produced by the audiologists. These tests can help establish a timeline to prove that greater exposure to work on a job site has contributed to hearing loss. If you do not have the audiologist records then you should inquire with the company hired by your employer to get copies for safe keeping. Cases can be established without audiologist records but it is much more difficult. As humans age we naturally lose our hearing and proper legal advice is required to establish an evidentiary link between your hearing loss and exposure to loud work environments.

Coverage for the death of a family member follows the same rules as listed for other benefits. Benefits are usually provided in the form of a lump sum payment to spouses, dependent children, or in some cases other relatives. In addition to establishing that work was in part the reason this family member was injured, evidence is also required to establish that the worker died in part from the work-activity. In these cases, the evaluation of the coroner’s investigation and the medical records are necessary to establish this causal link between the workplace and the death. Assuming that death is evidently linked to the workplace, there are other areas of difficulty, including the value of the lump sum payment and whether you fall within the permitted categories of persons entitled to compensation listed in subsection 17 (3) of the Act. Each section has their own criteria and policy to assist in evaluating the potential claim.

The first consideration is reviewing the legislation to see which categories of compensation may be applicable:

These categories can be complicated and are subject to interpretation clauses set out in in subsections 17(4) to (17) of the Act. This legislation is further refined and explained in WorkSafeBC’s Rehabilitation, Services and Claims Manual. If you require assistance evaluating the compensation provided by WorkSafeBC as a result of the death of a worker, then you should seek competent legal advice to evaluate your options. 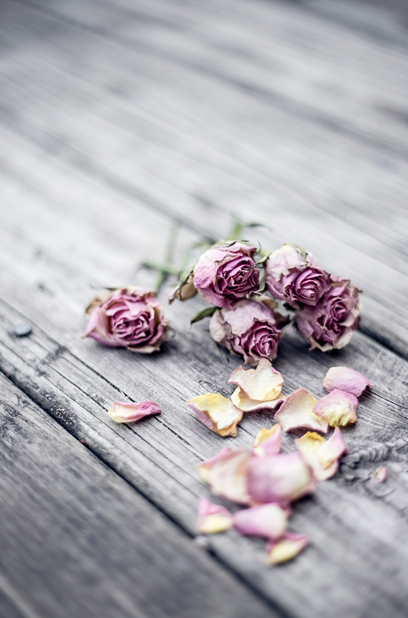 Even as a no-fault insurance system, the Workers Compensation Act and WorkSafeBC are still difficult to navigate and determine whether or not you are eligible for benefits. We offer consultations and information to individuals looking for assistance in challenging a negative eligibility decision or to those individuals who are looking for guidance and assistance through the WorkSafeBC process.