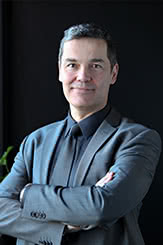 James is a 5th generation Victorian and has been practicing law since 1990. He attended law school at the University of British Columbia, following undergraduate and graduate work in History.

James started his legal career with the former Crease & Company, where he was a partner during his last 6 years.

James has a long history of charitable and volunteer work, including, acting as the president of the Garth Homer Society and a director of the Lester B. Pearson College of the Pacific.

James’ practice is concentrated in the following areas of law:

James is a dedicated family man, who uses his spare time investing in his retirement project: his two sons’ professional baseball career.